RHESSI consists of 9 separate detectors which each image at different spatial resolutions. The simplest form of "imaging" consists of extracting the source centroid. For a point source, source centroids for each detector are expected to agree with each other. Disagreement may imply that the source is not a point source and that structure exists at the spatial resolution of a particular detector. It is therefore of interest to compare source centroids from different detectors.

In the following analysis, source centroids were determined by making back-projection images for each detector separately and for a combination of detectors. The map_evaluator function was then applied to each image to determine the source centroid. This function determines the source centroid by fitting a paraboloid to the peak of the image. This method has the advantage of also returning errors on the centroid position.

Making use of the RHESSI Microflare List, images were made for every microflare at the peak time of the event (as determined by the 6-12 keV energy band) integrated over 2 minutes. The list contains a total of 25,705 events. Figure 1 shows examples of back-projection image for a few particular RHESSI microflare. The source centroids as determined by fitting a paraboloid to the map maximum for each detector are marked by points over the back projection image.

In order to compare source centroids to each other, an average centroid was calculated using the individual centroids for detectors 5,6,8,9. A histogram of the radial difference (

) between each detector centroid and this average centroid is shown in Figure 3. 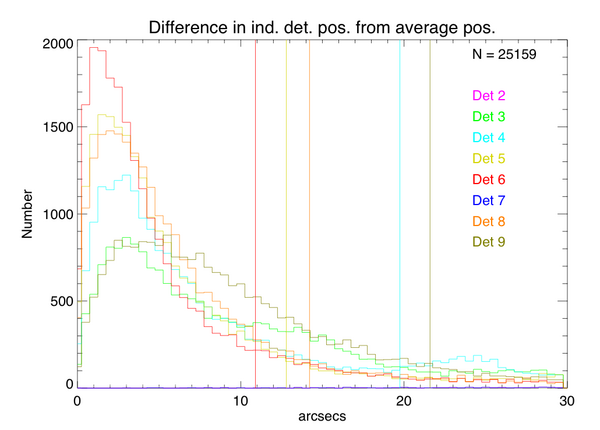 Figure 2: A histogram of the radial difference between individual detectors and the average centroid position (using detectors 5,6,8,9). The vertical bars denote the average values.

From this graph, it is clear that the centroid position from detector 9 can be significantly different than the average position. "Lower quality" is expected from detector 9 due to the fact that, in comparison to its resolution, it is more likely to be affected by the imaging axis. Sources near the imaging axis (as defined by the detector resolution), suffer from reduced modulation and therefore image poorly. In order to minimize this effect, the histogram of Figure 2 was recreated for events which are east of X = -600 arcseconds. As can be seen in Figure 3, this does improve the relationship between detector 9 and the average position significantly. The average difference is reduced from XX to XX, yet significant difference still exists and the distribution is still relatively flat. 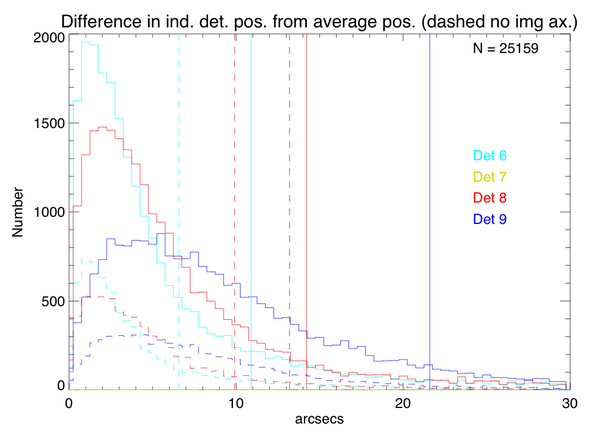 Figure 3: A histogram of the radial difference between individual detectors an the average centroid position (using detectors 5,6,8,9). The vertical bars denote the average values. The dashed histograms include only events which are east of X = -600 arcsec. Such events are less likely to affected by the imaging axis. A significant improvement can be seen in the average position yet the distribution for detector 9 remains relatively flat.

Another way to visualize this result is to look at the 2d distribution of points around the average position as shown in Figure 5. 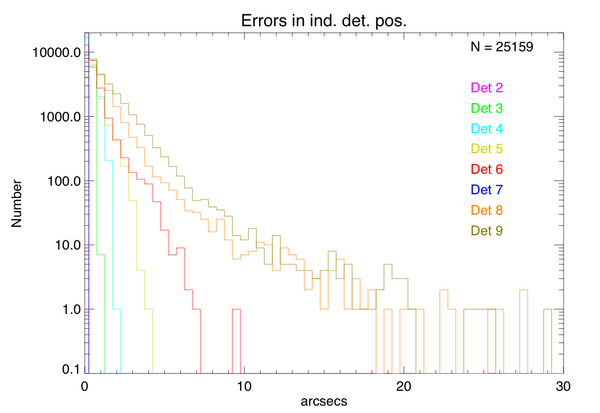 Figure 4: A histogram of the plot of errors for each of the positions found for each detector. It is clear that the errors are small compared to the differences shown in Figure 2 and 3.

Considering Figure 5, it is again clear that the scatter is most severe in detector 9. Detectors 5,6, and 8 show the most tightly packed groups. For small detectors (4,3, and 1), the scatter increases again. This is expected since these detectors are expected to resolve the microflare sources. 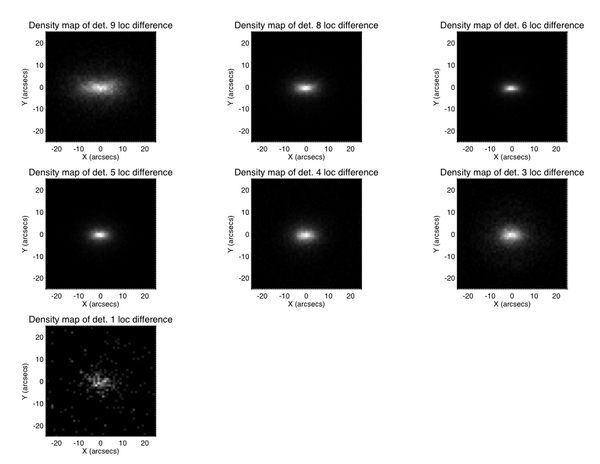 Figure 5: Two-dimensional histograms of the scatter of individual detector centroids. The origin is the average centroid position.

Source centroids are the easiest information of obtain from imaging. Here we compared source centroids from different detectors to each other and found that detector 9 frequently disagrees with other detectors. This may be due to the fact that detector 9 is more likely to be influenced by the imaging axis yet choosing only events whcih are relatively far from the imaging axis does not completely remove this issue. This may suggest that detector 9 is being influenced by a real source with a size similar to its resolution (albedo? which should be easily investigated). Comparing the scatter between detectors, it is clear that detectors 5,6,8,9 are the most appropriate to determine the source centroid. Smaller detectors are likely influenced by source structure. Also it is strange that the scatter in the Y direction is seemingly larger than that in the X direction.