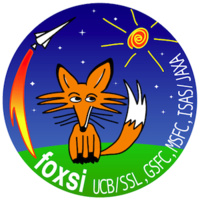 RHESSI has been an enormous success story, as testified by the extent of these Nuggets (soon to enter their ninth year of publication). See the entry "How does RHESSI work?" for background information about RHESSI itself. RHESSI is an imager, rather than a true telescope, since it does not actually focus the X- and γ-rays it detects. This approach to imaging has been the only show in town between a few keV and a few MeV, but technological developments have now made it possible to focus these hard X-rays. In general, to study solar activity and its fundamental non-thermal properties successfully, we need imaging spectroscopy with the highest sensitivity and dynamic range (or ability to image bright and faint sources together) possible. Focusing optics (reflection, not modulation) make it easier to achieve this goal.

While RHESSI continues to work well at the time of writing, we are looking toward the next generation of instrumentation. For hard X-rays, new developments in mirror and detector technology make it possible to do true focusing up to 80 keV; indeed, the NuSTAR spacecraft was launched June 13, 2012, with just this capability. Whereas NuSTAR will likely point at the Sun through a pioneering partnership between astro and heliophysics, it is mainly a non-solar mission and has relatively poor angular resolution and cannot handle high count rates. Thus, as a preparation for a dedicated high-resolution solar hard X-ray telescope, we have developed a sounding rocket payload: the Focusing Optics X-ray Spectroscopic Imager (FOXSI for short). FOXSI is one of several offspring of the RHESSI spacecraft, and others will explore the γ-ray domain. See Steven Christe's FOXSI home page for fuller technical details, and also a previous Nugget. FOXSI's development is practice for a future a satellite-borne instrument featuring similar technologies. 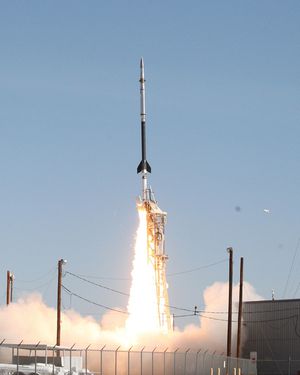 RHESSI observations of partially occulted flares revealed that coronal HXR sources are probably present in most flares [1], even including non-eruptive ones because of their "looptop sources". However, these looptop sources are only rarely observed in on-disk flares because of the high dynamic range that is required. Coronal and footpoint sources differ in brightness by 1-2 orders of magnitude, which is often beyond RHESSI's capabilities. In addition, even better sensitivity is needed to paint a clear pictures of energetic electrons being accelerated and traveling through the corona.

FOXSI's flight and the raw data

The Focusing Optics X-ray Solar Imager (FOXSI) sounding rocket payload flew for the first time on November 2, 2012 from the White Sands Missile Range. FOXSI carries grazing-incidence hard X-ray (HXR) focusing optics paired with silicon strip detectors to observe solar X-rays from 4-15 keV. During the 6.5-minute observation interval several targets were observed, including active regions, the quiet Sun, and (luckily) a B-class flare at about 18:00 UT. This Nugget basically just reports on the fact of the launch and gives a glimpse at some of the data. Future Nuggets will provide more definitive science.

Direct focusing optics improve sensitivity by focusing HXR down to a small detector volume, which eliminates most of the background counting rate. For a bright source this does not matter so much, but for a faint source it certainly does. Moreover, the point spread function of focusing optics decreases monotonically off-axis, and for FOXSI this led to an image dynamic range of 100-1000 for sources more than 30 arcseconds apart.

Figure 1: Images of the flare from RHESSI (left) and FOXSI (right). Note the structured sidelobes in the RHESSI image, as well as the generally higher background level, as compared with the focusing optics of FOXSI. Compare the excellent signal-to-noise ratio with the very marginal detection by GOES.

While the primary science target for FOXSI's first flight was HXR from the quiet Sun, which would be well below RHESSI's sensitivity level, the fortunate occurrence of a microflare during the observation interval offers the opportunity to compare capabilities with RHESSI. In Figure 1 a RHESSI image (made using the CLEAN technique and subcollimators 3,5,6,7,8, and 9) is shown side by side with an unprocessed FOXSI image of the same time interval and energy range. The RHESSI image shows sidelobe brightenings across its entire field of view, inhibiting the imaging of faint sources in the presence of a bright one; the FOXSI image is free of such artifacts.

With the first solar HXR imaging spectroscopy achieved using focusing optics, FOXSI's first flight met its comprehensive flight requirements. What is more interesting for us is that we very luckily observed a solar flare, and an extremely faint one. Even better, RHESSI could see it and the quicklook images in the RHESSI Browser spotted it, even though it was too weak to be clearly seen by GOES. A second flight in 2014 will examine the Sun with even greater sensitivity.