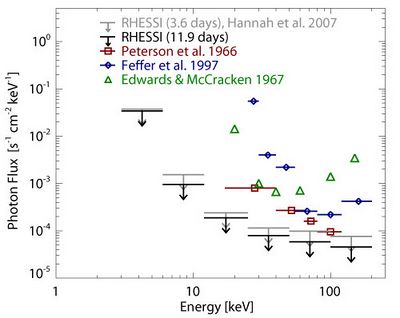 Figure 1: Upper limits on the hard X-ray emission of the quiet Sun, including historical results and RHESSI data. See reference A for details.

Earlier Nuggets, starting in 2005, have explored various facets of high-energy radiation from the quiet Sun: Exploring the Quiet Sun 1, A Solar Hard X-Ray Halo: Exploring the Quiet Sun 2, Solar radiation belts?, Solar X-rays from axions. Now we have the definitive RHESSI measurements in hand (reference A), in the sense that the Sun has now passed (with difficulty) a quite unusual solar minimum, and RHESSI data acquisition for faint exotic hard X-ray emissions has come to an end.

Reference to the earlier Nuggets cited will bring up unusual subjects such as cosmic-ray electrons, albedo neutrons, axions, and the diffuse cosmic X-ray background. Since RHESSI only obtains upper limits, we cannot say very much about these interesting things, except that they are predicted to be very faint, though not by astronomical standards. RHESSI's best observations are now completed because of competition from increasing solar activity (see the discussion of "nanoflares" below).

In Reference A we describe the full observing program for faint global hard X-ray emission from the Sun. It has resulted in better upper limits rather than in a positive detection (see Figure 1). Not only does RHESSI not detect any of the more exotic possible sources; these limits also exclude low levels of "normal" magnetic activity. We discuss this latter result the "Nanoflares" section below.

Until focusing optics, such as those of NuSTAR or FOXSI become available, these are the best hard X-ray data. Figure 1 is the final statement from RHESSI on this topic owing to the increase of [solar activity]. Other recent instruments (e.g., SphinX) or MESSENGER may improve on these limits, especially at lower energies, and we encourage the analysis of such data on the quiet Sun. As discussed below high spectral resolution may be very important in this domain, as well as good background rejection, to distinguish exotic sources from the expected magnetic signatures (see next section). 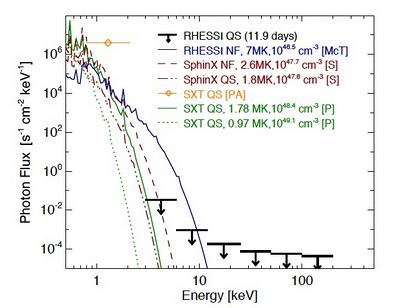 Figure 2: The possible contributions of normal coronal activity to the hard X-ray spectrum.

The Sun has a continuous but variable level of solar magnetic activity, seen for example as plage, flares, and CMEs. There is a hot corona, brightest in sunspot regions, and in a well-known theory Parker suggested that "nanoflares" - tiny non-thermal energy releases, undetectable individually but very numerous, could merge together and explain the heating needed. In essence the nanoflare hypothesis involves episodic heating, perhaps resembling the action of true solar flares; to support a mean coronal temperature means mathematically that impulsive nanoflare heating would produce temperatures higher than the mean. In other words, the instantaneous temperature distribution of the corona would be broader than for a steady heating process that only has to attain the mean coronal temperature. If the nanoflares were physically similar to ordinary flares, we would also expect bursts of hard X-ray bremsstrahlung (see Reference [A]). This component of quiet-Sun emission should be detectable by an appropriately sensitive measurement. See reference [B] for fuller background. 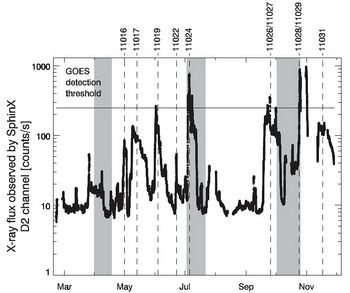 Figure 3: Time-series photometry of the truly quiet Sun, as recorded by SphinX.

In Figure 3 we show recent observations from the SphinX experiment. It makes sensitive soft X-ray observations with spectral resolution somewhat better than RHESSI's, and greatly improves on the standard [GOES] soft X-ray data. The point of this figure is that the data show periods of quiet coronal emission, with no flares; even during the presence of active regions, there are apparently steady emission levels. This absence of flare-like variation suggests that the physics of nanoflares, if they exist, is quite different from that of flares. The real test will be in the spectroscopy, ie in the search for significant broadening of the temperature distribution away from the mean..

This Nugget reports the best upper limits on hard X-rays from the quiet Sun, including several possible mechanisms. RHESSI cannot improve on these limits for another several years, and there are no plans now for new and more sensitive hard X-ray solar instrumentation (but we look forward to FOXSI and NuSTAR). These limits may stand as definitive ones for some time to come. In the meanwhile it is important to study the 1-10 keV range with available data. Because the thermal spectra are steep, spectroscopic observations are important.

[B] "On solving the coronal heating problem"