Microflares look like "real" flares, but is their physics really the same? Sensitive hard X-ray observations can reveal, for example, the acceleration of non-thermal particles. Their presence in the weakest microflare events would go a long way towards making the link between flares and microflares a more physical one.

This Nugget introduces hard X-ray observations with the large effective area of the Wide-band All-sky Monitor (WAM) onboard the Suzaku satellite. Suzaku (called "Astro-E2" before launch; see Ref. [1]), is a Japanese X-ray astronomy satellite launched in July 2005. Suzaku is basically designed for sensitive pointing-mode observations of non-solar objects, and as such is much more sensitive than typical solar-dedicated instruments. The angle between the pointing direction and the Sun (the "Sun angle") is limited from 65 to 110 degrees technically, so that Suzaku cannot observe the Sun directly with its primary instrumentation. However, the active shield of the hard X-ray instrument, made of bismuth germanate (BGO) scintillator, can be used as X-ray and gamma-ray all-sky monitor, the Suzaku/WAM. While WAM was mainly designed for studying high-energy transients from non-solar sources, such as gamma-ray bursts, it is also attractive as a hard X-ray monitor of solar flares thanks to its large effective area (~800 cm^2 at 100 keV, ~13 times larger than that of RHESSI). Note that the detector response changes is not easy to determine and there is an uncertainty in the flux determination because the Sun angle varies for each observation.

WAM has two observational modes: the transient mode and burst mode. Transient data spectra over a wide energy band (50 keV - 5 MeV), with a large field of view (~2π sr) and a time resolution of 1 s. Burst data are obtained during only 1 minute when an event trigger occurs. Thanks to its large effective area, WAM provides data that are complementary to RHESSI's.

WAM already observed more than 100 solar flares, and a catalog has been published (Ref. [2]). The GOES classes of the observed events vary from a powerful X9 down to a microflare-level B-class events. WAM detect >50 keV hard X-ray emissions from 17 B-class microflares up to Febrary 2010, with the smallest flare a B2.3 event (November 9, 2006). Seven of these were also detected by RHESSI. The durations of both the WAM and RHESSI non-thermal emissions are ~1 minute. Figure 1 shows hard X-ray lightcurves of one example of the 7 microflares by RHESSI and WAM. This event might be detected in the second energy bin of WAM (94-130 keV). The WAM >50 keV hard X-rays seems to have the same time variation to RHESSI non-thermal emissions at lower energies, but do not show the softer late phase. 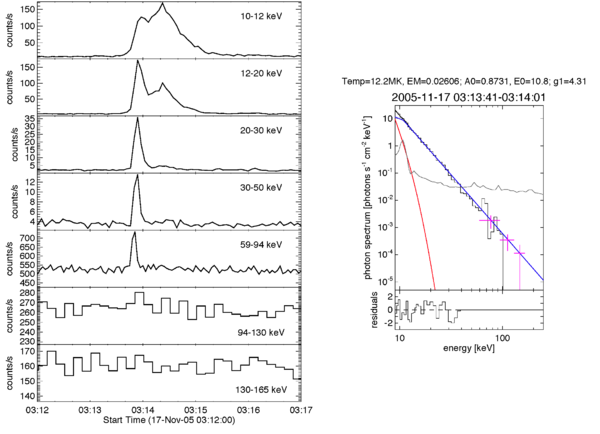 Figure 2 shows the combined spectra from RHESSI (black) and WAM (magenta) for the event SOL2005-11-17 (B6.6). Browser shows this to be a very compact and impulsive event. The detected WAM flux is more than ~20 times smaller than the RHESSI background level (gray) at energies above ~100 keV. The blue line is obtained by non-thermal fitting of the RHESSI data, giving a slope (power-law index) of 4.3. The WAM data points agree well with a high-energy extension of this non-thermal fit.

For all seven jointly-observed microflares, the RHESSI non-thermal spectra are well-fit by power-laws with photon spectral indices between 2 and 5. The WAM spectra generally continue the non-thermal power laws seen by RHESSI. This reveals that microflares, similar to regular flares, accelerate electrons to energy above 50 keV.

The large effective area of the Suzaku/WAM instrument makes it attractive for solar flare observation. WAM has detected small flares down to the GOES B-class, i.e. microflares, and WAM data provide complementary information to RHESSI data. WAM time profiles are similar to RHESSI non-thermal observations and the joint spectra are well fitted by single power laws. Thus so far we can say that we have not detected any physical distinctions between flares and microflares. Microflares also strongly accelerate non-thermal electrons to comparably high energies.

And finally... Suzaku the manga! 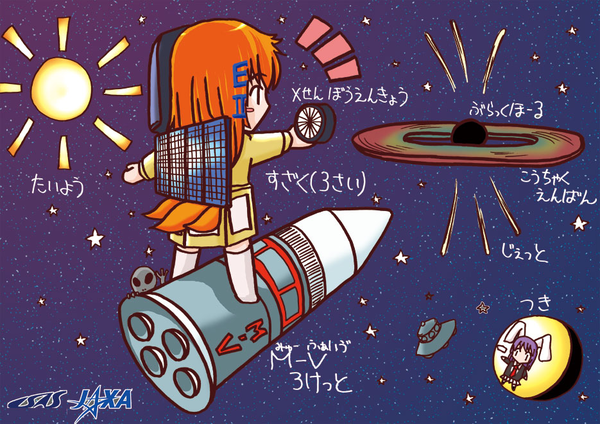 Figure 3: Suzaku the manga. See if you can spot the perissodactyl alien.