This Nugget announces that we have seen second clear sign of Cycle 25 sunspot activity. Nugget No. 321 had described first sunspot of Cycle 25, and on November 8 (2018), at a high solar latitude, something interesting again appeared on the Sun. A tiny sunspot with Cycle 25 magnetic orientation appeared, and we believe this to be the second occurrence of the new Cycle. It persisted for about 5 days and appeared to have been bigger than its predecessor. This is interesting because it is already a second sunspot of the new cycle even before the minimum of Cycle 24 has been well established.

When this Nugget was written, NOAA had not identified this new sunspot with an official active-region number, and in fact it never did before solar rotation eclipsed it. We are unaware of any other public announcement, so this may be another RHESSI Nugget first! But it was duly entered in Jan Ulvestadt's SOLEN list, which also noted it to be the largest Cycle 25 spot yet. The magnetic polarity of this region was unmistakeably reversed, and its appearance at high latitude strongly identifies it as a piece of the new cycle.

Figure 1 here shows the sunspot on October 9, 2018 and the magnetic field polarities correlated with this sunspot. 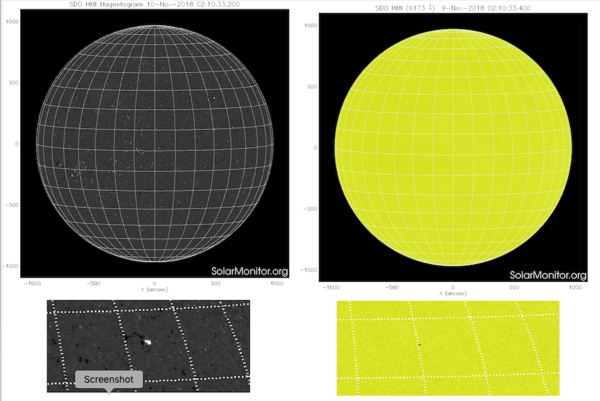 At the bottom of Figure 2 we can see a reference active region, NOAA No. 12726, which appeared a few days after region described in this Nugget. Region 12726 is part of Cycle 24 because black polarity is on the right which is opposite to polarity shown on Fig. 1. The sunspot on the continuum image can be hard to see but referring it to the location of magnetic fields can help; it's really there. 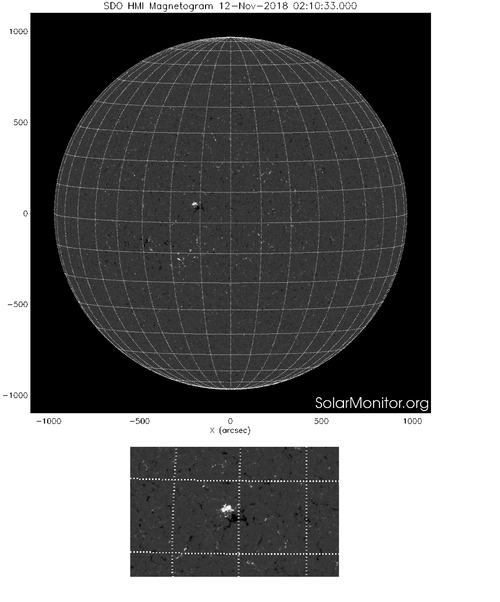 Figure 2: File images from the HMI intrument on SDO.

Sadly, nothing happened... the new region did not gave us a flare. The region simply appeared, and then the sunspot fragmented and disappeared on the disk in a few days. But it gave us hope for new regions (bigger, and with flares), hopefully in the close future.

This sunspot was properly tabulated in the meticulous SOLEN page of Jan Alvestad. We thank him for his diligent monitoring of solar activity As a closing thought... does this make a new Maunder Minimum seem less likely?