RHESSI (the Reuven Ramaty High-Energy Solar Spectroscopic Imager) had a long and tortured gestation period from the initial concept perhaps as long ago as the 1970's to its final selection as a Small Explorer (SMEX) mission in 1997 and its subsequent delayed launch in 2002. We take the opportunity of RHESSI Science Nugget number 100 to summarize the many steps along the way. The original observational goals that ultimately led to RHESSI were imaging and spectroscopy of solar flares in hard X-rays and gamma rays, with high angular resolution and fine energy resolution. Earlier instruments had tackled one or the other of these objectives but it was only with RHESSI that both were achieved to provide imaging spectroscopy over a broad energy range. This Nugget describes how many lines of study, development, and proposal eventually led to RHESSI.

The Solar Maximum Mission, launched in 1980, carried the Hard X-ray Imaging Spectrometer (HXIS), the first instrument capable of imaging in X-rays up to 30 keV with 8 arcsecond pixels. Hinotori followed soon thereafter using rotating modulation collimators to achieve similar angular resolution but greater sensitive area. And then of course, the Hard X-Ray Telescope (HXT) on Yohkoh in the 1990's improved on the angular resolution and extended the energy range to close to 100 keV.

In the meanwhile, many other ideas appeared, but could not be realized for various reasons. The ambitious Pinhole Occulter Facility (P/OF - pronounced "poff") was proposed in the 1980s (see Figure 1); it would have used a boom that could be extended to 50 m to achieve sub-arcsecond resolution into the gamma-ray range. It was initially proposed for the Space Shuttle (see Figure 1) and later for the Space Station but was never selected for funding, even though a flexible boom was at one point deployed from the Shuttle.

Figure 1: The Pinhole/Occulter Facility (P/OF) as conceived in 1985 for the Shuttle.

One instrument that did make it (almost) to space was the balloon-borne High Energy Imaging DevIce (HEIDI). It tested out the rotating modulation collimator and the solar aspect system concepts that are used on RHESSI. HEIDI was built at Goddard and flown once from Texas in 1993.

The first gamma-ray spectroscopy of flares was achieved on OSO-3 using sodium iodide NaI(Tl) scintillation detectors, and similar observations were made from HEA0-1 and SMM in the 1980s. All of these had low spectral resolution, insufficient to resolve the physically important spectral scales. The instrument that evolved into RHESSI's high spectral resolution capability was the balloon-borne HIgh REsolution X-ray spectrometer (HIREX) built at Berkeley with cooled planar germanium detectors. This was flown several times in the U.S. and from the Antarctic and made seminal observations of the "super-hot component," solar microflares, and galactic center X-ray sources. A later hard X-ray and gamma-ray spectrometer using large, segmented, coaxial, germanium detectors (see the relevant nugget) was built in the 1990s as the HIgh REsolution Gamma-ray and hard X-ray Spectrometer (HIREGS). It has flown several times on long-duration balloons from the Antarctic.

An early audacious idea was to put P/OF on SMM during a second repair mission in the mid-1980s but this was quickly rejected as too costly. However, it did lead rather directly to the Max ’91 program and the Solar High-Energy Astrophysical Plasmas Explorer (SHAPE; see Figures 2 and 3) proposal that was submitted in 1986. SHAPE still had a separate imager and spectrometer on a 3-axis stabilized spacecraft (i.e, not spin-stabilized like RHESSI). The Gamma-Ray Imaging Device (GRID) would have had 34 bi-grid modulation collimators with the grids separated by 6.7 m to give arcsecond imaging; the High-resolution Gamma-Ray and Neutron Spectrometer (HIGRANS) would have had 12 dual-segment high-purity germanium detectors to give keV energy resolution, and a 5-cm thick BGO shield for low background. 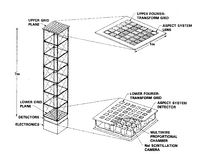 Figure 2: The GRID instrument from the SHAPE proposal.

Figure 3: The HIGRANS instrument from the SHAPE proposal.

Unfortunately, the Challenger disaster occurred just before the SHAPE proposal was submitted, and all new missions were put on hold. By the time the review panel made the selection it was deemed to be too late for the solar maximum of 1990 and the proposal was rejected. However, HEIDI and HIREGS grew out of this effort and provided the basis for the High Energy Solar Physics mission (HESP - a name that was stolen from the Japanese, who used it as the original name for Yohkoh). HESP, shown in Figure 4, was proposed in 1991 by a science study group of the same name. HESP was a proposed medium-class satellite, unfortunately never flown. However it was the first time that a combined imager/spectrometer was proposed as a single instrument with the same basic elements as in the final HESSI proposal, a major step towards the first imaging spectroscopy in the hard X-ray/gamma-ray spectral domain. 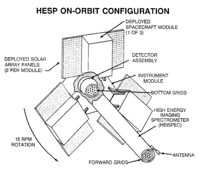 Figure 4: The High Energy Solar Physics mission (HESP) proposed in 1991 by a science study group with the same name.

HESP was followed by the High Energy Solar Imager (HESI) in 1995, the MIDEX version of HESSI proposed in 1995 (with the second "S" added to acknowledge the importance of spectroscopy), and finally the successful SMEX proposal in 1997.

After selection, HESSI quickly became reality with a compressed fabrication and qualification schedule made possible by the PI-controlled mode of operation. Most of the work was done at the Space Sciences Lab in Berkeley, and at NASA's Goddard Space Flight Center) with major Swiss contributions from the Paul Scherrer Institut and ETH.

After being ahead of schedule and within budget for an auspiciously planned 4 July 2000 launch, disaster struck during the vibration tests at JPL in December 1999. A malfunction of the "shake table" resulted in subjecting the entire satellite to G-forces that were much higher than the design limits. The solar panels and two of the three mounts holding the telescope to the spacecraft were broken, as well as some other parts of the instrument. We had to remount and align many of the grids, replace the cooler with a backup, and start the qualification process from the beginning. Despite this shattering setback, we were ready for launch just six months late in December 2000. After some delay, the launch date was set for 7 June 2001 but another disaster beyond our control struck just 6 days earlier - a Pegasus rocket of the same type that was to launch HESSI had gone out of control in a test flight of NASA's X-43A ramjet-powered test vehicle on June 2, 2001. Fixing the Pegasus problem pushed the HESSI launch date into 2002.

A final scare occurred over the Atlantic Ocean as the plane carrying the Pegasus rocket was circling over the "drop zone." An "open mike" in the plane's communication system caused the pilot to make a second go-around, taking an extra 20 minutes before the final drop and leading to an unbelievable feeling of relief when the Pegasus rocket ignited. After a perfect flight, RHESSI was put into its nominal 600-km circular orbit on 5 February 2002, some 20 months after the originally planned launch date.

Once in orbit, things went smoothly, proving that space is much more benign than anywhere on Earth. The mechanical Stirling-cycle cryocooler, thought to have been the highest risk item, performed flawlessly cooling the detectors down to their ~80 K operating temperature in about a week. We note here that after more than seven years, this refrigerator is still cooling the detectors to below 100K. The spacecraft was set spinning at 15 RPM and the first flare was successfully detected (images and spectra!) on 12 Feb. 2002. Despite the delayed launch, there was plenty of solar activity left in the cycle and over 40,000 flares are now included in the catalog of recorded events. With these observations, RHESSI has provided the best view to date of the hard X-ray bremsstrahlung emissions, while at the same time doing remarkable new things such as gamma-ray imaging and high-resolution spectroscopy. These Nuggets (both the old series and our current Wiki series) provide many glimpses into these discoveries.

The saddest part of the whole adventure was that Reuven Ramaty, who some have called one of the fathers of solar gamma-ray astronomy, died just months before RHESSI was launched. He had been a key figure in all of the planning and proposal efforts and it was fitting that HESSI be renamed after him. It is now known as RHESSI in his honor.

Now, after over seven years in orbit, RHESSI is beginning to show its age a little bit. The cryocooler is slowly losing efficiency so that the germanium detectors are now operating at somewhat higher temperatures than optimum. The detectors also naturally degrade in the intense radiation bombardment of space, reducing their sensitive volume, sensitivity, and spectral resolution. These effects can be mitigated by annealing the detectors at close to 100 degrees Centigrade for about a week. This process was carried out for the first time in November 2007 but needs to be repeated when solar activity resumes. We expect that RHESSI will then continue to make important X-ray and gamma-ray imaging spectroscopy observations of solar flares well into the future.

New results from old RHESSI data are frequently appearing even now during activity minimum. Future RHESSI observations will benefit from contemporaneous measurements made at other wavelengths with the many powerful advanced instruments that are already operational on Hinode, STEREO, CORONAS-Photon, etc., or will soon become so - e.g., the Solar Dynamics Observatory. Consequently, we expect plenty of exciting new material for these Nuggets and look forward to the next 100 in the series.