When did the solar corona become recognized as actually being a part of the Sun, and who first called it by that name? The answers may be "1806" and "José José Joaquín de Ferrer y Cafranga," with kind of interesting historical wrinkles. See the excellent book "Totality", by Littman et al. (Ref. [1]) for the general background of eclipse science here. Ferrer made a great contribution to astrophysics by clearly describing what he saw - the corona - to be a part of the Sun, rather than of a lunar atmosphere or something else. In a sense this moment, a scant 200 years ago, was a major step towards astrophysics, as opposed to (say) positional astronomy; of course even now we debate the physics of the corona most assiduously. The Oxford English Dictionary (1971) wrongly attributes the term "corona" to Airy in 1851, whereas Ferrer's use of this term appeared in 1809 (Ref. [2]) .

This eclipse is associated with the name of the great Native American political and military figure Tecumseh and his brother, whose confederacy presented the last major obstacle for U.S. expansion into the "Old Northwest" east of the Mississippi. The Americans had obtained this region by international treaty, but unfortunately for orderly progress, the Native Americans who then lived there had not been invited to the treaty negotiations! Tecumseh's foreknowledge of the eclipse gained his cause some credibility.

Remarkably, the Ferrer observations of the eclipse were in Kinderhook, a small town in upstate New York, which was the birthplace of one Maarten (Martin) Van Buren, arguably one of America's greatest presidents. Among van Buren's accomplishments were the founding of the Democratic party and the avoidance of several potential wars. He also was the first president to have been born after the Revolution, and was the son of immigrants from the Netherlands. But he is probably most famous for having the nickname "Old Kinderhook" after his birthplace, conceivably leading to the American English word "okay" (OK). It is quite possible that Van Buren, who would have been 24 at the time of the eclipse, actually viewed the totality in 1806. In any case Figure 1 shows these three individuals, whose lives intersected in one way or another with the 1806 eclipse.

Ferrer had excellent observing equipment, with sufficient angular resolution for him to recognize the rough structure of the lunar limb. He estimated that the lunar mountains were as large as "1 3/4 miles high". The physical inference that convinced him that this "corona" was in fact a part of the Sun was its great physical extent, as represented in his not very attractive sketch (Figure 2 here). 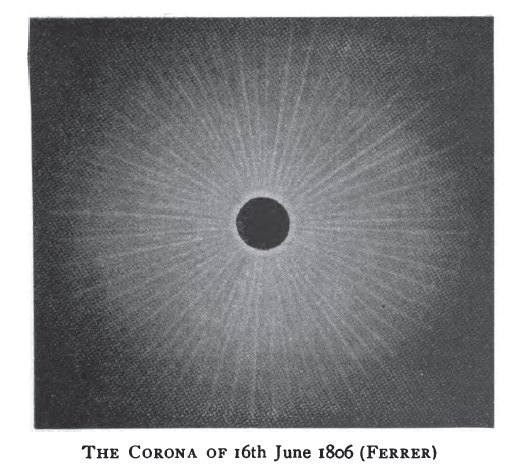 Figure 2: Ferrer's sketch of the corona of June 16, 1806. From this we might gather that he was not as good an illustrator as he was an astronomer!

Ferrer remarked that the Sun had no spots on that day. The year 1806 was late in a weak solar maximum and it may be surprising that the sketch shows such symmetry in spite of the spotlessness. Ferrer's main physical insight here was based on its large extent, though: via this he could directly exclude lunar or refractive explanations of its existence. Of course the problem of coronal heating - ie, the very existence of the corona - still has not been resolved, although we have some seriously more viable theories than Ferrer did.

It is always interesting to learn what one can about the original work on a given topic. The solar corona was not known to be solar until relatively recently (1806, nominally), and it was not known to be hot until more than a century later. That hotness provides a simple mechanical explanation for the corona's great extent, via the hydrostatic law, but we're stuck now on how it gets so hot, and so we have not really finished explaining Ferrer's 1806 observations in terms of prime causes. We have a strong, strong hunch that the Alfvénic transport of a tiny part of the solar luminosity could do the trick somehow. But then we still must understand this transport process, and so we are pretty far away from a complete theory here.