The SphinX Instrument on CORONAS-PHOTON

SphinX is an X-ray spectrophotometer that will be launched on the Russian solar spacecraft CORONAS-PHOTON as part of the TESIS instrument package. CORONAS-PHOTON is due for launch in late December 2008, and preparations are now at an advanced stage. SphinX will measure the total solar X-ray flux though three different apertures with nearly identical PIN detectors. SphinX will have an overall dynamic range of 7 orders of magnitude -- from a small fraction of GOES class A1 to GOES class X30 -- and will have an energy range 0.8 keV to 15 keV. It will have a 5 per cent. absolute photometric accuracy, so unlike GOES SphinX will be able to measure accurately very quiet Sun X-ray emission. It should mark a significant step in the complete monitoring of solar X-ray emission, and with its 290-490 eV spectral resolution should enable element abundances to be measured from the line features it observes. 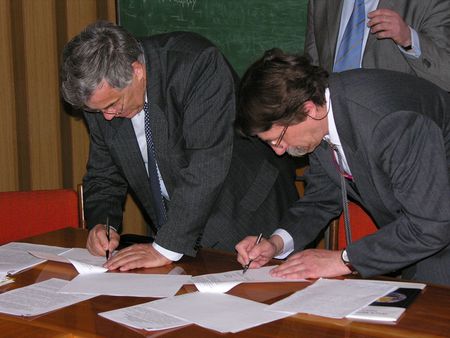 Aims of the instrument

To measure element abundances in a variety of solar conditions from line features in the solar spectrum, and to study physical conditions in flares. SphinX will provide a flare flag for the TESIS and other CORONAS-PHOTON instruments. The instrument

SphinX will be part of the TESIS telescope and spectrometer complex developed at the Lebedev Physical Institute, Moscow (PI Dr Sergey Kuzin). It will have three apertures with areas 19.96, 0.397, 0.0785 mm2, the widely different sizes ensuring that a large range of solar activity can be measured. The field of view will be 5 degrees, so the total emission out to 10 solar radii will be measured. The instrument's mass is 3.7 kg, power requirements 10 W (maximum), and it will produce some 50 MB of telemetry in 24 hours.

One of the reasons for SphinX is that at present GOES is failing to measure the 0.5-4 A (3-20 keV) solar irradiance accurately because of the low level of solar activity. The SphinX X-ray detectors are pure Si PIN detectors, about 20 mm2 area and 500 microns thickness cooled with Peltier devices to 50 degrees below the detectors' support temperature. They will have a spectral resolution of between 290 eV (detectors D2, D3, D4) and 490 eV (detector D1), so a large improvement on RHESSI's spectral resolution (e.g. approximately 1 keV for channel 4). See Fig. 2 for a simulated X-ray flare spectrum. These detectors have already been used in the Mars Pathfinder mission for mineral spectroscopy and the Indian SOXS X-ray photometer. 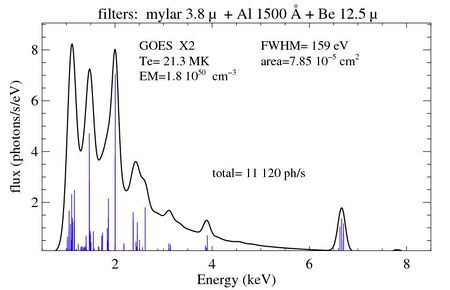 Figure 2:Simulated X-ray spectra in the 0-12 keV range for a solar coronal plasma with temperatures 5, 10, and 25 MK. Chief line features are identified by element symbols. The spectral resolution approximately matches that expected for the SphinX detectors. 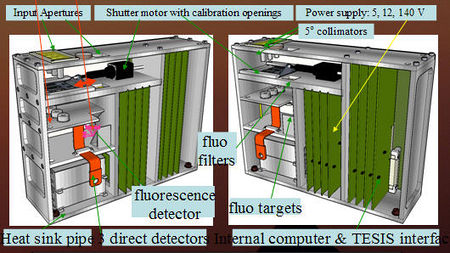 Figure 3: Schematic of the SphinX instrument. Sunlight is incident from the top via the input apertures which are 5 degree collimators. The X-rays are detected by Si PIN detectors, 20 mm2, manufactured by Amptek (USA).
File:Example.jpg
Figure 4: The SphinX instrument ready for delivery to the CORONAS-PHOTON spacecraft.

CORONAS-PHOTON will be the last of the CORONAS series of Russian spacecraft designed to study solar and magnetospheric physics (CORONAS-I and CORONAS-F were launched in 1994 and 2001 respectively). The orbit will be circular, about 550 km altitude, and semi-Sun-synchronous -- there will be up to 20 days of uninterrupted sunlight, twice a year. Expected firsts for SphinX