Very active week! There were two active regions (12422 and 12423) that produced many C and M flares. 2423 is now just rotated off (so keep an eye out for awesome occulted events...) and 2422 is a few days away from the west limb. A Major Flare Watch was called a few days ago and is still in effect, so high activity is expected to continue.

The SSR is a bit high due to high solar activity, with a max of 48% and at 28% after the last pass set today.

The SSR started the week almost emptying. However, after the HV drop on D4, slow events from D4 and D6 were high enough to keep steadily increasing the SSR fill. This was even BEFORE solar activity picked up. Because of this, I proposed that it might be a good idea to disable events on D4, with the reasoning that those events aren't giving us good data and are just eating up the SSR. Because things didn't quite get bad enough that we were really in trouble, I did not implement this suggestion. Future tohbans should keep it in mind as a last resort.

Brian discussed the temperature trends and the solar fraction trends. He proposes a plan whereby we violate the temperature-power curve for a short time in order to make it into the next two peaks in the sun fraction cycle, when we will presumably stay colder than now. In other words, if we're willing to bend the limits for the cryocooler for a short time (~1 month?), we might stay cold for longer. It's anticipated that we'll drop ~1 degree during the sun fraction peak.

We also discussed whether it's a good idea to anneal (consensus: at present, no) and what the criteria and parameters of an anneal might be. The idea of annealing at room temperature (which would allow us to turn the cryocooler off entirely, giving it a rest) was brought up. This may be safer for the cryocooler health, but may be less effective reversing radiation damage in the detectors.

No data gaps as of Tuesday evening.

again at eclipse entry. The detector remained segmented. The events should be checked to see what the ULD rate actually was before (and after) the HV turndown. 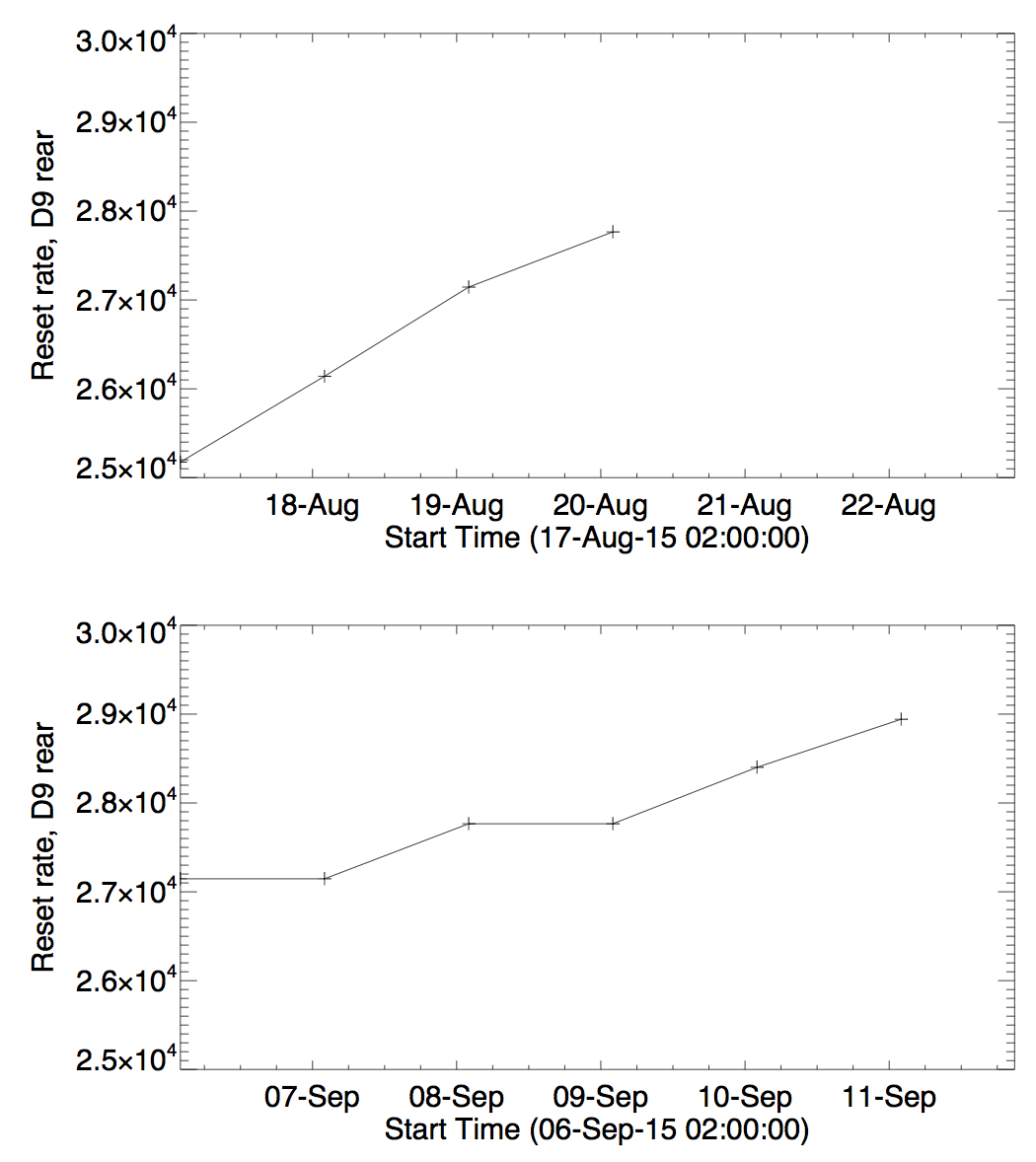 The idea was brought up to turn OFF one or multiple detectors (both HV and preamp) in order to save power and thus cooling ability. We could try this initially with D9, since we're not taking events from this detector. But first, we should assess the data from the time when the D9 events were turned back on just prior to the HV drop on the 29th/30th.

It's about time for a spinup.