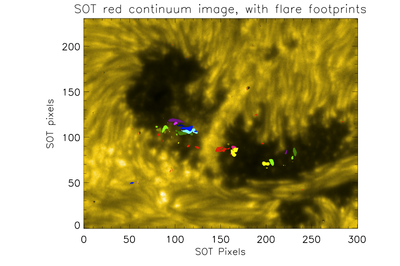 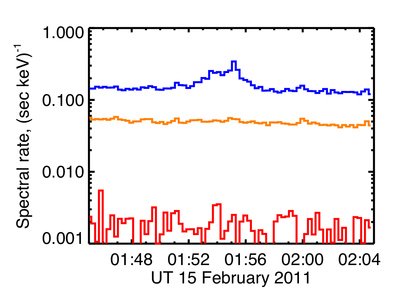 In this Nugget we remind readers that the coronal volume just above a sunspot is a particularly interesting and ill-understood place. Many research workers will express surprise at the strength of the coronal magnetic field above a big spot, about the Alfvén speed, and about the plasma beta as well - all are extreme, according to the best observational estimates. The Alfvén speed, if computed naively, exceeds the speed of light below a few Mm above a big spot! Figure 3 details some of these parameters for a conservatively chosen set of model conditions above a very large sunspot. One of the problems of the corona above a spot umbra is so dark and non-emissive that ordinary astronomical techniques do not work very well, and so in fact there are major observational uncertainties. The theory behind the extrapolations in Figure 3 is very simple and safe, though. For a spot like this we estimate an Alfvén speed, using the usual relationship, to exceed the speed of light. Of course this is non-physical, but it is strikingly different from the usual assumption about the Alfvén speed. This is just what reasonable estimates of B and n lead to, and the result suggests that plasma processes in the coronal regions of a sunspot must be treated relativistically.

Figure 3: Three panels showing, as a function of height above the center of a major sunspot, the magnetic field, the Alfvén speed as estimated by the standard formula, and the plasma beta. The assumed parameters for the sunspot are a central field of 3500 G and an umbral radius of 10,000 km. The dashed line shows the speed of light. Note added 30-December 2015: our thanks to Serge Koutchmy for noticing that the original version of this figure was grossly erroneous.