The flight of FOXSI-3

The FOXSI-3 sounding rocket flew for a successful 6-minute observation of the Sun on September 7, 2018 from the White Sands Missile Range. FOXSI stands for the Focusing Optics X-ray Solar Imager, and it is the first experiment to optimize direct-focusing optics for the Sun in hard X-rays (HXRs). This technology offers dramatically increased sensitivity, allowing FOXSI to investigate coronal heating in active regions and to search for non-thermal signatures in the quiet Sun. When eventually implemented on a space mission, FOXSI will investigate particle acceleration in solar flares with unprecedented sensitivity.

The FOXSI rocket experiment has had two prior successful flights already, in 2012 and 2014, resulting in the first focused HXR image of the Sun (Ref. [1]) and the most direct measurement to date of nanoflare-heated plasma in an active region (Ref. [2]). New for the third payload were upgrades to the optics and detectors, an improved white-light camera for better alignment, collimators to block stray light (ghost rays), and a focusing soft X-ray telescope that measures individual photons in the 0.5-5 keV range. While telescopes of this type have been used in astrophysics for decades (i.e. Chandra or XMM-Newton), the bright soft X-ray fluxes of the Sun long prevented their solar use. FOXSI's PhoEnIX (Photon Energy Imager in soft X-rays) instrument solves this difficulty with a high-speed CMOS X-ray camera.

The Sun on September 7 was mostly quiet, exhibiting coronal holes, bright EUV points, and a 4-month old active region late in its lifetime (and no longer numbered by NOAA). No flares were observed. Due to the low level of activity, FOXSI's six HXR telescopes registered only a few photons. The soft X-ray PhoEnIX telescope though, operating at lower energies, produced detailed images of the Sun, as shown in Figure 1. These are spectroscopic images produced from single photons, meaning that time profiles and energy spectra are available for every pixel in the image (see Figure 2). Figure 1 is a mosaic of three different targets. In addition to demonstrating the high-quality performance of PhoEnIX, it also demonstrates a striking lack of ghost ray background due to the successful implementation of FOXSI-3's collimators (Ref. [3]). 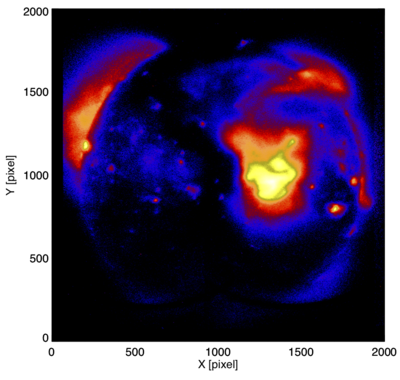 Figure 2: FOXSI observes the Sun via single photon counting in both hard and soft X-rays. These panels show data from the PhoEnIX soft X-ray telescope. The top panels show snapshots of single-photon hits on the fast CMOS detector. These photons can then be binned in space, time, and energy to produce images, time profiles, and spectra (bottom row).

Analysis of the data acquired during FOXSI-3's six-minute observation is currently ongoing. In addition to FOXSI's own hard and soft X-ray data, several coordinated instruments observed the primary target, including Hinode/EIS and XRT, IRIS, and NuSTAR. With this wealth of multiwavelength data, we expect results in the following areas:

• Determination of the temperature structure and heating mechanisms for an aged active region.

• Measurement of temperature structure of bright points observed in EUV and X-rays.

• Limits on non-thermal emission from the quiet Sun, with corresponding consequences for how the quiet corona is heated.

The FOXSI-3 sounding rocket is a collaboration between the University of Minnesota, University of California Berkeley, NASA/Marshall, NASA/Goddard, University of Tokyo/Kavli IPMU, Nagoya University, Tokyo University of Science, JAXA/ISAS, and the National Astronomical Observatory of Japan. With three successful flights demonstrating the feasibility and scientific promise of focusing optics for high-energy solar observation, FOXSI is currently competing in a concept study for a Small Explorer spacecraft led by NASA/GSFC.

The FOXSI-3 sounding rocket is funded by NASA LCAS grant NNX16AL60G. We acknowledge the NSF for its support of space physics at UMN via a faculty development grant AGS-1429512. The FOXSI team is grateful to the NSROC teams at WSMR and Wallops for the excellent operation of their systems. Furthermore, the authors would like to acknowledge the contributions of each member of the FOXSI experiment team to the project, particularly our team members at ISAS and Kavli IPMU for the provision of Si and CdTe detectors and at MSFC for the fabrication of the focusing optics. This work was supported by JSPS KAKENHI Grant Numbers JP17H04832, JP16H02170, JP16H03966, JP24244021, JP20244017, and World Premier International Research Center Initiative (WPI), MEXT, Japan. PhoEnIX work was supported by JSPS KAKENHI Grant Numbers JP18H03724, JP18H05463, JP17H04832, JP16H02170, JP15H03647, JP21540251.

Retrieved from "https://sprg.ssl.berkeley.edu/~tohban/wiki/index.php/The_flight_of_FOXSI-3"
Category: Nugget
Facts about The flight of FOXSI-3RDF feed