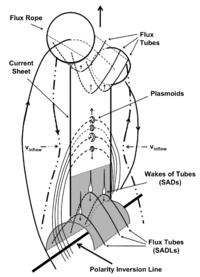 Figure 1: Schematic depiction of a basic reconnection scenario indicating the general organization of the magnetic field of the various components.

Magnetic reconnection is widely accepted as a dominant trigger of energy release during solar eruptions, as it serves to reconfigure a non-potential, stressed field into a lower energy state. The reconfiguration of the field is expected to occur at the onset of the flare and continue throughout the decay phase of long duration events.

A basic scenario for post-flare reconnection can be described as follows: 1) A filament erupts due to a loss of equilibrium and travels out into the corona as a coronal mass ejection (CME). 2) Because of magnetic pressure imbalances in the low-beta corona, fields of opposite polarity move together in the wake of the erupted filament. 3) A current sheet forms between these opposing polarities. 4) Via localized regions of high resistivity in the current sheet or "tearing" of the current layer, the field line alongside the polarity inversion reconnects to form magnetic loops perpendicular to the current sheet. The reconfigured fields are propelled in opposite directions via magnetic tension. The downward-directed field forms the post-eruption arcade, while the upward-directed field travels outward along with the flux rope. (See Figure [1] for a cartoon depiction of this scenario.) Guide fields parallel to the current sheet introduce 3-D effects such as patchy reconnection and sheared outflows. 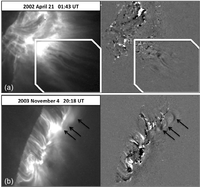 Figure 3: Example images of a) SADs and b) SADLs.

The field lines swept into the current sheet region are referred to as reconnection inflows while the reconfigured loops are termed reconnection outflows. Outflows are naturally sub-divided into downflows and upflows depending on whether they are moving towards (down) or away (up) from the solar surface (see Figure [2]).

Retracting loops and sunward-flowing plasma voids above post-eruption flare arcades have become an expected observation throughout long duration events (see Figure [3]). (Upflows have also been observed, but less frequently due to the difficulty in observing the noisy region high above the arcade.) Both the shrinking loops and voids have been interpreted as reconnection outflows. The voids are often referred to as supra-arcade downflows (SADs).

Figure 4: Cartoon of the previous interpretation of shrinking loops and SADs as reconnection outflows using a line-of-sight argument. a) The shrinking loops (SADLs) are observed along the axis of the arcade. b) The cross-sections of large, evacuated flux tubes (SADs) are observed perpendicular to the current sheet.

Recent high-temperature AIA observations, however, support an alternative interpretation of SADs as wakes behind thin retracting loops, rather than cross-sections of much larger evacuated loops (see the example movie in Figure [5]) (where "wake" refers to the region of reduced density, apparently cleared out by the perturbation of hot plasma through which the shrinking loops are passing). In the traditional interpretation, the head of the flow is the cross-section of a large evacuated flux tube, while the trailing tail has been explained as the wake of this large loop. In the new interpretation, the tail is still considered part of the wake, but now the head of the flow is also completely a wake and not a loop cross-section (Figure [6]).

Figure 5: Animated sequence focusing on two descending SADs (i.e., plasma voids) above a post-flare arcade from (SDO/AIA 131). Thin shrinking loops are observed leading the voids; therefore, SADs are the wakes created by the passage of the loops through the hot, supra-arcade plasma. 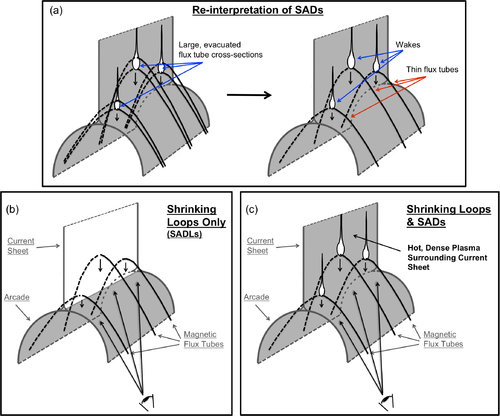 Figure 6: Based on new evidence, the interpretation of SADs as the cross-sections of large, evacuated retracting flux tubes is no longer supported. Rather, they appear to entirely be the wakes of much thinner shrinking loops.

As expected from this new interpretation, SADs are only observed after hot plasma has been conducted into the supra-arcade region during the decay phase of the event. Therefore, the only distinguishing characteristic necessary between the two observational features (shrinking loops versus downflowing voids) is the amount of hot plasma in the supra-arcade region surrounding the current sheet. A change in orientation may indeed occur; however, SADs will only be observed in the presence of this plasma.

SADs and Shrinking Loops as Probes of Reconnection

The new interpretation of SADs is fundamentally different from the original; however, the plasma voids are still inherently associated with reconnection outflows and thus, remain probes of the reconnection process:

1) The presence of downflows in the flare decay phase illustrates that reconnection continues for many hours after the initial eruption and are associated with continual energy release.

2) The discreteness of SADs indicates that the reconnection is highly localized and temporally variable (i.e., "patchy" and "bursty").

3) The speeds of SADs and shrinking loops are ~50 - 500 km/s and are constant or decelerating as the loops approach the top of the arcade, which is much slower than the estimated Alfvén speeds (~500 - 3000 km/s). This may be explained by a buildup of downstream magnetic pressure or drag mechanisms.

Many of the SADs are too small to detect a leading flux tube with SDO/AIA, which is currently the highest resolution solar observatory capable of pertinent coronal measurements. Therefore, the relevant size scales for post-eruption current sheet reconnection (i.e., the physical size of reconnection patches) appear to be on the order of 435 km or smaller.