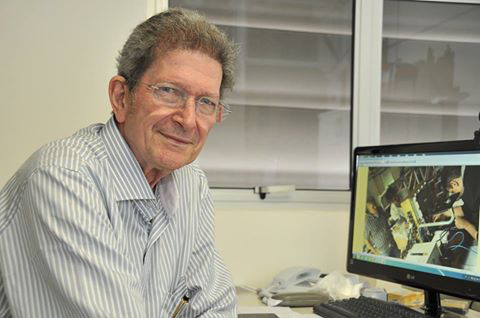 RHESSI has lost a good friend and a great inspiration, as Pierre Kaufmann unexpectedly passed away February 17th 2017. His long research career emphasized technical innovation, observational novelty and exploration, especially in the radio domain at its shortest wavelengths, up into the infrared., His dedication to these interests cleared the way for the first meaningful observation of solar magnetic activity across a surprisingly uncharted and broad swath of the electromagnetic spectrum, the submm/far-IR range 0.1-100 THz. His group's pioneering observation of a solar flare at 10 microns (which he thought of as 30 THz) fits in very nicely with RHESSI's imaging spectroscopy in the hard X-ray and gamma-ray domains (see Ref. [1]). this work has shown the way forward and also raised serious and interesting questions about the physical processes involved.

It is worth noting that one of Pierre's last adventures was the successful flight of his Solar-T experiment - the first aimed at solar observations in the 1-10 THz band - as a piggyback experiment on the Berkeley/GSFC GRIPS balloon platform. His active interest in the analysis of the totally novel data thus obtained has now been cut short, much to our regret.